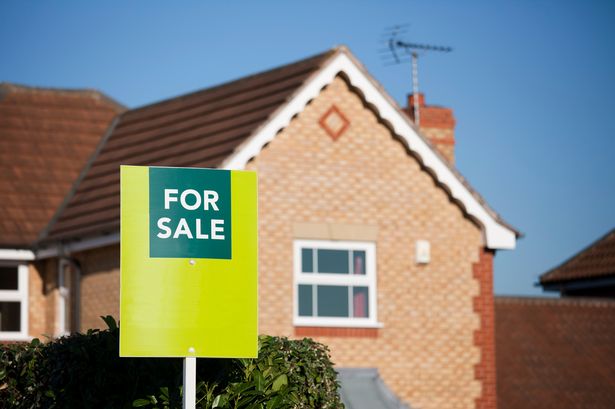 Estate agents’ pressured sales tactics are harming consumers, stopping them from getting the best deals and even causing house sales to collapse, Mortgage Strategy has found.

This publication has found dozens of cases of customers across the UK being pressured or ordered to use estate agents’ in-house mortgage and conveyancing staff, sometimes before being allowed to view or put offers in on houses.

Many buyers fear that if they use rival services they could lose the house.

Mortgage brokers mainly link the practice to branches of large estate agents such as Countrywide, its brands Entwistle Green, Palmer Snell and Bairstow Eves, as well as Connells, its subsidiary Sequence and trading names Fox & Sons and William H. Brown.

However, some smaller estate agents also put pressure on customers in the same way, according to those interviewed by Mortgage Strategy.

Following the story, nearly twenty people have now come forward to report similar accounts of pressurised selling – too many to list here.

The Clayton Hulme Partnership director Chris Hulme says: “It is going on left, right and centre.“

These accounts reveal how sales tactics can have profound effects on both housebuyers and sellers.

Hard sales tactics affect housebuyers as it can lock them into using advisers with restricted lender panels, meaning they might not access the best mortgage deals.

For example, Connells and Countrywide both operate restricted panels, and would not reveal their lenders when asked.

London Money director Martin Stewart says: “You are potentially stopping a consumer talking to a whole-of-market broker and you end up speaking to someone with four lenders on the panel.”

If consumers feel locked in to using estate agents’ financial services this can also mean they pay more than they would by using rival services.

Some brokers say the total fee cost for consumers can be hundreds of pounds more expensive than market norms.

William H. Brown was brought up several times over an incentive where homebuyers get a £1,000 discount on the property price if they use the firm’s preferred mortgage broker and conveyancer.

Warwick Home Finance mortgage broker Richard Scott says: “The last client I had that was offered this by a local WHB office was actually out of pocket because the adviser charged a £500 fee and the solicitors fees were over £500 more expensive than I could get them.”

These sales tactics also affects vendors. Mortgage brokers report cases where interested buyers have been stopped from viewing or bidding on homes, potentially driving prices down for the seller and leading to agreed deals falling over.

One broker says: “It is so frustrating. You get a first-time buyer who falls in love with the house, they are bullied incessantly and walk away disillusioned.”

When customers walk away from deals it can cause house sales to fall through, potentially breaking down a chain of deals and hitting both vendors and buyers, brokers say.

There is evidence this pressure on customers is official policy in some estate agent branches.

Mortgage Strategy has been contacted by four former Countrywide advisers who said this was policy at their branches during their employment.

All said buyers were told to talk to the in-house mortgage adviser about finance or their offer would not be put forward.

One former adviser says: “I can confirm it is the company’s policy to make all applicants see their in-house adviser. We were actively encouraged to collect ‘original’ payslips etc when ‘financially qualifying’ applicants.”

This publication has also seen emails from estate agents stating clearly that using in-house mortgage services is a condition of buying a home.

Mortgage Strategy has also carried out mystery shopping on Countrywide and Connells. In all cases we were strongly encouraged to see the in-house mortgage adviser within the first few minutes of showing interest in a property, often with the financial paperwork needed to sort out a mortgage.

A Countrywide spokeswoman says: “Our company policy is committed to putting our customers at the forefront of the services we offer and we pride ourselves in our ability to support buyers and vendors through the complexities of the property purchase process.”

The spokeswoman explains that the firm vets buyers to make sure they are able to buy the houses they show interest in.

She adds that more than 92 per cent of Countrywide customers would refer the firm to a friend if asked.

A Connells spokeswoman says: “Connells Group offers customers a class-leading range of products and services which are entirely optional. There is no pressure to use them and we treat all customers equally regardless of whether they opt to use additional services or not.”